In this article I’m going to present a technique that trades lower image quality for faster rendering time: interpolation.

Based on these two cases, we take one of two actions: 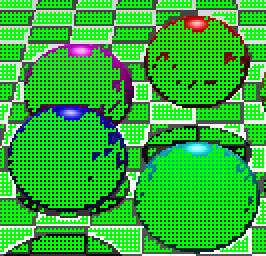 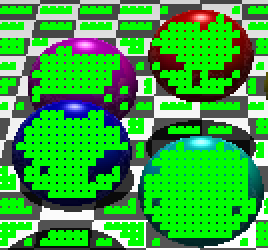 So what sort of speed-ups have I seen? Well, I haven’t put much effort into optimizing my interpolation algorithm, since I’m moving onto radiosity, but here’s some numbers:

As I mentioned at the start, this technique does trade off image quality for speed. In the images below, the upper image is properly traced; the lower one has been interpolated with a step of two. You will be able to see some blurring of the reflection of the chessboard in the spheres. 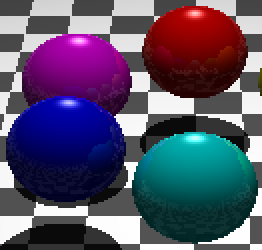 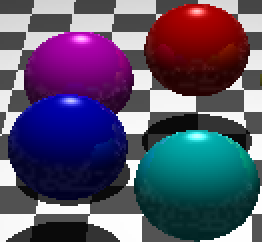